Chronic skin and ear disease can be frustrating for pets and their families. Chronic skin disorders can include constant itching and scratching, paw chewing, hair loss, constant or recurrent ear infections and many other sources of discomfort for pets. Hundreds of different diseases have been identified that may affect the skin and ears including allergy, severe infections, hormonal diseases, skin cancer and many more. And since many of these problems look alike and can occur simultaneously, they may be challenging to diagnose and treat. The veterinary dermatologists at Animal Dermatology Group have extensive experience in diagnosing and managing even the most difficult of these conditions. Veterinary dermatologists often work closely with general practice veterinarians who refer their most challenging patients for further diagnosis and care.

When dealing with challenging skin and ear disease it is important to remember that many chronic disorders require long term or often a lifelong treatment plan. This may start as crisis management to relieve severe symptoms, but once problems are better controlled, the dermatologist’s goal is to find an ongoing regimen that controls the factors and symptoms involved in a way that is the least harmful to the pet and reasonably easy for the pet parent to administer. Since each case is different, as well as each pet and their environment, it is critical to tailor this approach to each pet’s unique situation. 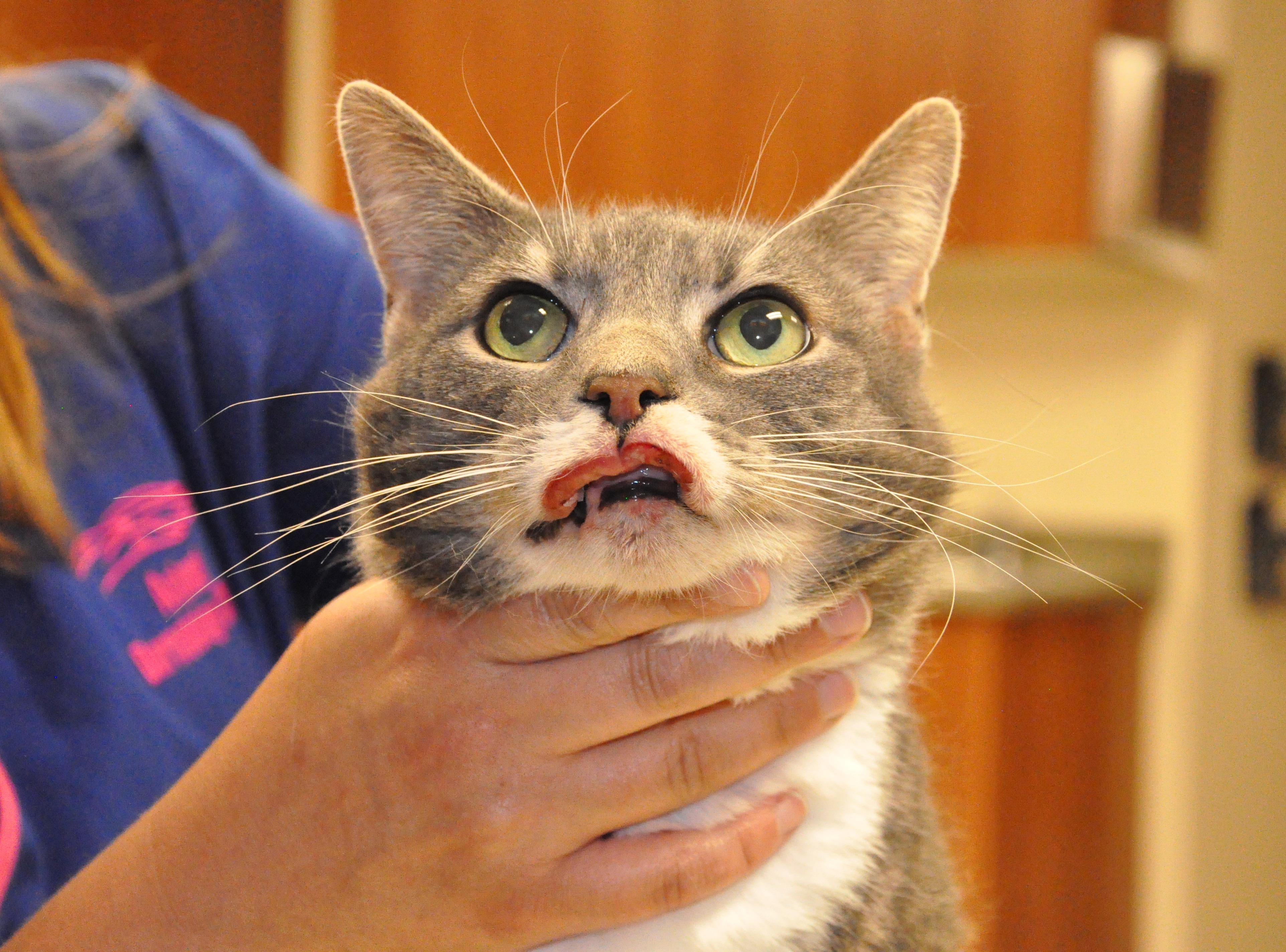 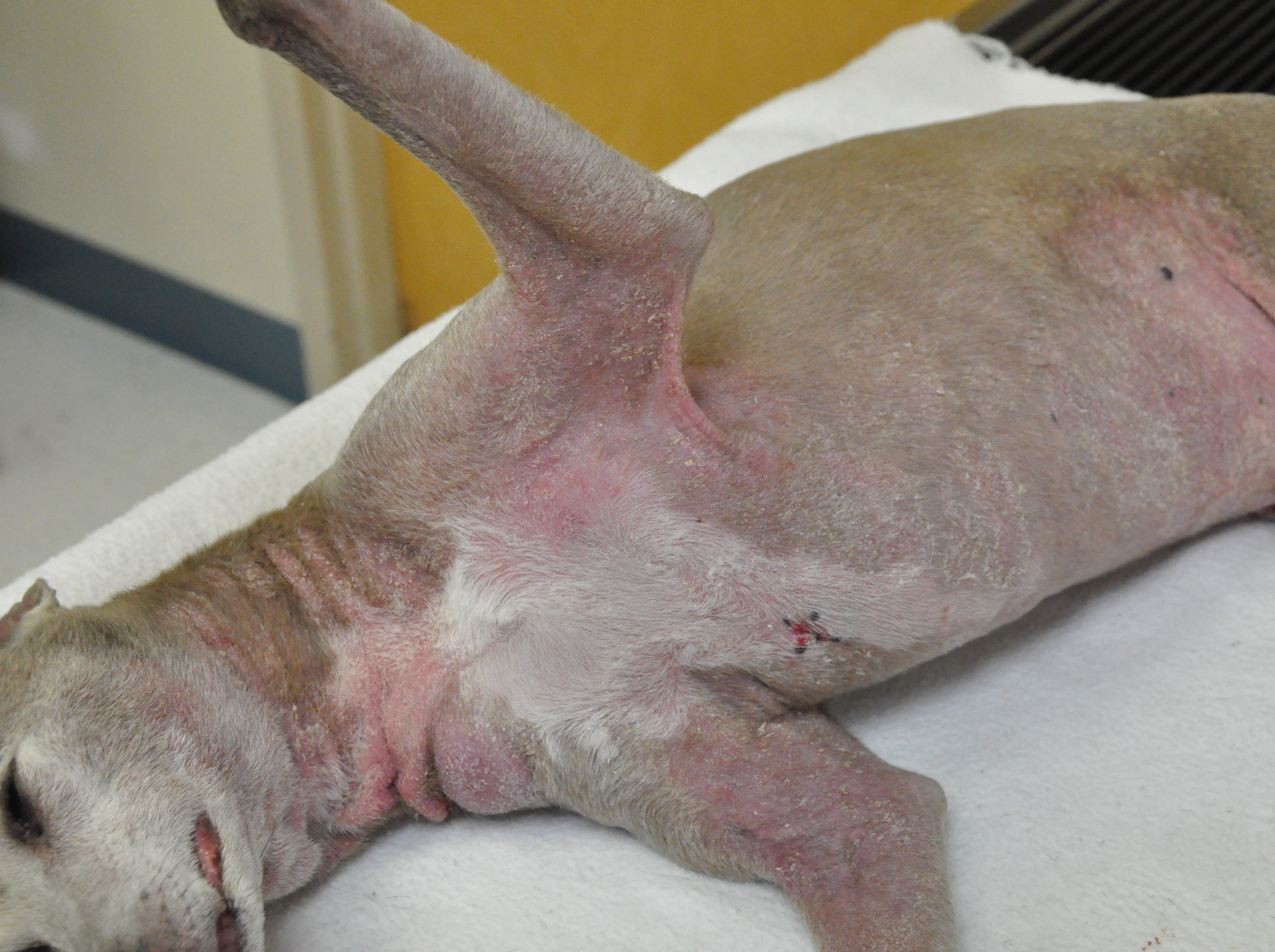 The Importance of Topical Therapy

There are hundreds of different types of skin problems in pets. Some of the most common include allergies to environmental allergens (pollens, insects and molds), food allergies, bacterial infections and yeast infections. Less common problems include immune mediated diseases, hormonal diseases and different forms of neoplasia (cancer). Veterinary dermatologists are specially trained to recognize differences between a wide variety of skin and ear problems and to perform appropriate tests to confirm the diagnosis and arrive at the right plan for treatment.

The most common bacterial skin infection in dogs and cats is a Staphylococcal infection (Staph. Infection). Most often this is a superficial infection with one of a few species of Staphylococcal bacteria including Staph. pseudintermedius or Staph. schleiferi and less often Staph. aureus. These are typically treated with topical antibacterial shampoos and sprays and if needed oral antibiotics. Since most bacterial infections in pets are secondary to an underlying cause or problem, it is important to understand that cause to prevent recurrences.

Bacterial skin infections in dogs (often referred to as pyoderma) may begin as small raised red bumps (papules), progress to pustules and then expanding circles (collarettes) with crusts around the edges. In haired areas of the body, initial lesions may occur as raised areas of hair or palpable crusts along the body. Patches of hair loss may occur, often with small amounts of crust at the base of the removed hairs.

Skin conditions that can be readily transmitted between animals are primarily infections and parasites. While not every infection is contagious between animals, those of concern include ringworm (dermatophytosis), a fungal infection, parasites such as scabies (Sarcoptes, sarcoptic mange), ear mites and Cheyletiella, and occasionally drug-resistant Staph. infections. Since many of these disorders can look similar to other types of skin disease, it is best to consult your veterinarian or a veterinary dermatologist if you think your pet has one of these conditions.

Symptoms of skin infection in dogs may include small red, raised papules, pustules, circular plaques or collarettes or hair loss. In more severe cases infections may progress to red, oozing, moist or bleeding lesions. Since most skin infections are secondary to another cause, it is important to identify the underlying cause or causes in order to resolve the infection and prevent recurrence. Veterinary dermatologists are specially trained to recognize differences between a wide variety of skin and ear problems and to perform appropriate tests to confirm the diagnosis and arrive at the right plan for treatment.

Fungal organisms such as dermatophytes can be identified by fungal culture, while Malassezia organisms can typically be identified by veterinary dermatologists using quick in-house tests such as Cytology. Other less common fungal infections, such as Blastomycosis and Histoplasmosis, may occur in certain regions and environments and are much more serious systemic problems. If you suspect fungal infection in your pet’s skin consult a veterinarian or veterinary dermatologist.

Fungal infection left untreated will likely continue or worsen. Dermatophytosis (ringworm) is a fungal infection of the skin and hair follicles that can be especially challenging to resolve and may take weeks to months to completely eliminate from the pet and their environment. Yeast infections (Malassezia) once identified can be more easily treated using topical antifungal shampoos or oral antifungal medications.

There is no single best treatment for skin disease in dogs, or any species. There are hundreds of different skin disorders in dogs that may often look quite similar. While it may be tempting to try to treat disease with home remedies, a veterinary dermatologist can often provide a rapid diagnosis and treatment plan. Common skin disorders in dogs include bacterial infections, yeast infections, ear infections, environmental allergies and food allergies.

At Animal Dermatology we have clinics all over the world. To find a clinic close to you, click on the button below and find the most convenient location for you.