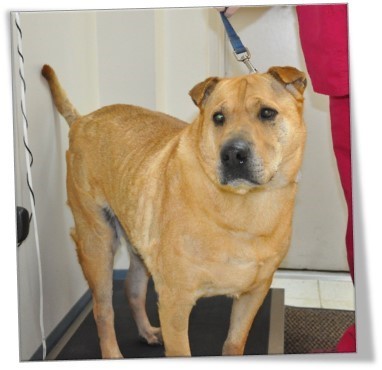 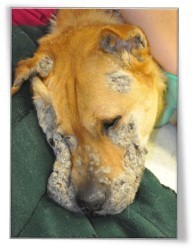 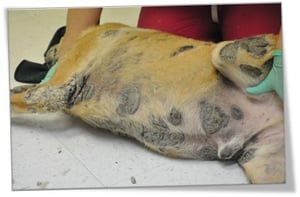 Napoleon had developed numerous crusted plaques in the past several months. These lesions were not itchy, and Napoleon was otherwise feeling well, eating and drinking normally. 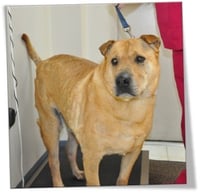 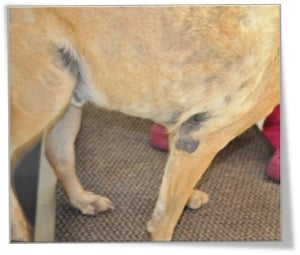 A skin biopsy of the crusted plaques revealed findings typical for zinc responsive dermatosis. This condition is thought to be related to an abnormal absorption of zinc by the body. Napoleon was treated with a zinc supplement and initially a low dose of oral cortisone. The cortisone was later tapered off and Napoleon continued to do well by staying on his zinc supplement. 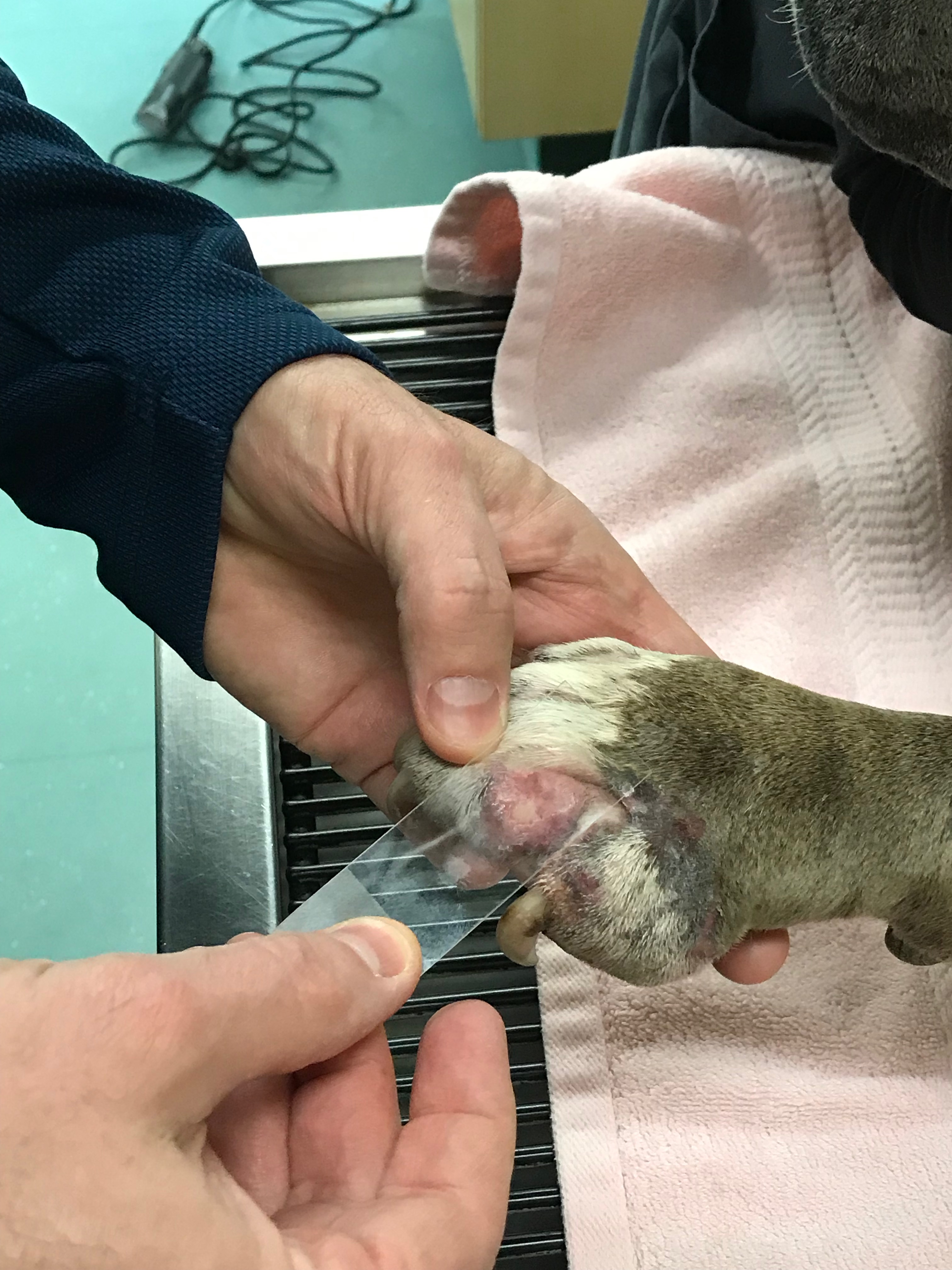 The Value of Cytology

Cytology is allowing us to take samples of the external..