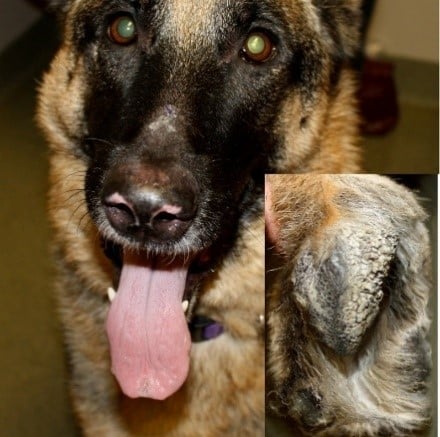 DLE is the most common type of cutaneous (skin) lupus in dogs (rare in cats). Dogs with DLE develop crusting and scabbing of the skin, most commonly starting around the nose, as well as hair loss and loss of skin pigmentation in the area affected. 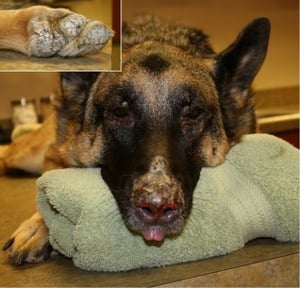 Cassie was referred to Animal Dermatology Clinic for crusting on the nasal planum, muzzle, periocular region and paw pads. Her condition started as a dry nasal planum that then began to crack. Over time the nose became more severe, and changes were noted on her paws, further along the muzzle and periocular regions. Despite this dramatic appearance, Cassie felt fine and was eating and drinking normally. 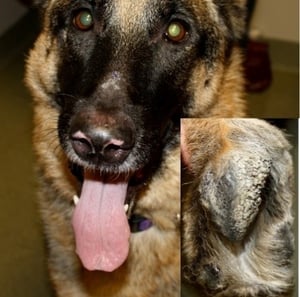 Skin cytology was performed followed by skin biopsy which helped to diagnose Discoid Lupus Erythematosus (DLE). DLE is an immune mediated disease that may look similar to other skin conditions making identification a challenge. After beginning an appropriate course of treatment including oral and topical medications, Cassie made significant progress and 8 weeks later she is looking much better. 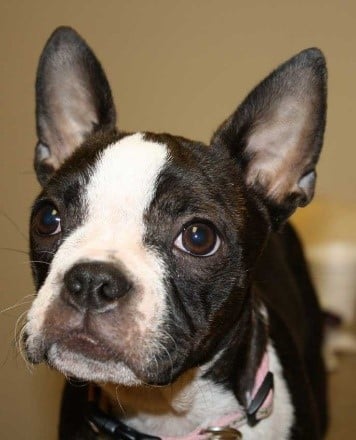 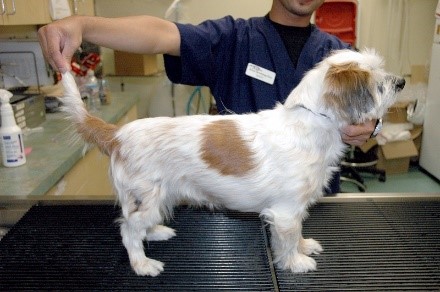 Adult, female mix-breed dog, Sadie, looks like a new dog after recovery from a m